Mould is a common problem in every household that requires frequent cleaning and removing. A lot of things change when you are pregnant, including how you should tackle mould to ensure safety. In addition to creating unsightly areas, this kind of fungus can result in many health issues which would affect your pregnancy and the babies in the future. So before you start spraying cleaning solutions, here are a few things to know.

Mould is a form of fungus which consists of many small organisms. It can be found nearly everywhere in purple, green, white, or black patches. Mould often thrive on damp areas such as crawl spaces, basements, laundry rooms, kitchens, or bathrooms.

While mould spores can be quite harmless in small amounts, they can grow quickly in the right conditions and spread to other areas in your home. These lightweight, tiny components can even be released into the air and inhaled by anybody in the family, which can cause many health issues.

Can You Clean Mould When Pregnant?

Currently, there are no studies on humans which look at exposure to mould during pregnancy. However, most pregnant women inhaled or exposed to mould often develop many health problems, especially when they are sensitive to mould.

These include skin rash, red eyes, runny noses, sneezing. In severe cases, they might experience shortness of breath or asthma attacks. These conditions might have negative effects on pregnancy or even result in complications during childbirth.

That is not to say the effect of pregnancy on your body. During this period, most of the energy in your body goes to your beautiful baby, making you feel incredibly tired from time to time.

Also, even mild smells might cause nausea, while the expanding belly makes it hard to get up, squat, or bend when performing house chores.

For these reasons, it is better not to clean mould on your own during pregnancy because you can be at higher risks of exposure to harmful spores. Even worse, many removers or cleaning solutions might contain harmful chemicals which can significantly affect your fetus if inhaled.

For these reasons, if you are expecting and have found mould in your house, it is better to have it removed by someone else in the family to ensure the health of your baby.

Should You Avoid Mould During Pregnancy?

You can’t actually stay away from mould simply because there will be mould everywhere, both outdoor and indoor. However, you could minimise the time of exposure to an excessive amount of these harmful components, and that is what you need to do to protect the health of your baby.

If you find out the presence of mould in your house, then it is essential to have it removed immediately by a family member or friend. Have someone mix bleach and water to scrub down mouldy plastic, metal, ceramic, and glass. If the mould spreads to other porous materials like ceiling tiles, paper, drywall, or carpeting, you should discard all of them.

Also, make sure to ask your midwife or doctor whether it is safe to remain in the house until the mould is removed. Here are a few symptoms to be careful after exposure to mould: sneezing, coughing, nasal or chest congestion, sinus pressure or pain, shortness of breath, headache, sore throat, hives or rash, or increase in severity or frequency of asthma symptoms.

In case you can’t seek professional help or support from other people, here are a few useful tips to minimise the risks when getting rid of mould in your home on your own.

During pregnancy, your skin would be much more sensitive to other harmful components such as bleach, fragrances, and mould spores. As a result, it might cause irritated or itchy conditions. The best way to avoid these issues is to wear long sleeve clothes and a pair of gloves every time before you start cleaning.

2. Read the instructions and labels

Some mould removers often contain harmful chemicals, especially VOCs. So if you see some words such as “corrosive”, “danger”, “poison”, or “toxic” on the labels, it is better to avoid and go for other options. The best products to choose are green formulas which consist of organic or eco-friendly ingredients to reduce the health risks for both you and your baby.

No matter which type of mould removers you are using or which are you are working, make sure to get some ventilation. By opening the window, you can improve the quality of indoor air and remove all harmful fragrances or mould spores. If possible, you should also turn the exhaust fan in the working space for 10 minutes before cleaning.

Instead of purchasing commercial mould removers, you can make your own solutions at home with a few safe and cheap ingredients. For example, a mixture of water and white vinegar can be ideal for all kinds of surfaces like tiles, tubs, or walls. For bathrooms, you can use baking soda because it is a hard-water-stain solution. An alternative to bleach is hydrogen peroxide, which is safer and more effective. 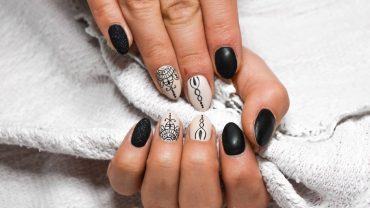