Whether it is the fuzzy white spots on the floor of your basement or the slimy black patches on the shower curtain, mould is often more than unsightly. In many cases, it can make everybody sick, particularly for those people with asthma or allergies.

Knowing what causes mould to appear and grow can be helpful in spotting mould issues quickly and taking preventive measures before it spreads to the whole space and gets worst.

What Causes Mould In A House?

Basically, there are six main causes, which are also essential elements for the growth of mould in your living space. The combination of these factors will allow it to appear, develop, and spread quickly. These include:

The first cause of mould is the mould spores themselves. These are small microorganisms which are prolific and universally present, both indoor and outdoor, making it difficult to prevent.

Spores are typically invisible to the naked eye and might enter your home from the outside thanks to air movements and other contaminated materials.

It is almost impossible to remove all mould spores from your living space, even with the best black mould removers. However, you can keep the conditions under control by eliminating favourable elements for their growth.

Moisture is the main cause of mould in your home. While there is no specific humidity level that moulds can thrive, a slightly or highly humid area might be ideal for it to develop. The longer damp conditions exist, the more likely mould can grow.

It doesn’t need to have standing water to give enough moisture for mould to develop. In most cases, moisture might come from roof leaks or plumbing leaks under a kitchen sink or bathroom which goes unattended or unnoticed.

Mould spores will take foot in these hidden places and spread to other areas quickly. Bathrooms, door tracks, and shower curtains are notorious for active mould growth since every corner is rarely dry.

Since mould is a type of organism, it requires food to survive and grow. In outdoor spaces, these are endless where vegetation and organic materials present, from the grass, soil, rocks to trunks and logs.

For indoor areas, mould often feeds off dirt, dust, or organic matter on wallboard or wood panels. Some other favourite food sources of mould include fabrics, newspapers, cardboard, carpets, gypsum sheetrock, or even insulation on the walls.

Also, there are many airborne particles such as pollens which mould could feed on.

Mould can’t survive without oxygen because it can’t undergo the organic process to divide cells and produce mass. In addition to contributing to its biological, chemical, and physical growth, air circulation is also the carrier of mould spores between spaces.

However, keep in mind that it doesn’t require a large amount of air for mould to thrive. Instead, trapped air under insulation or in wall cavities can still assist its growth. Thus, one of the best ways to prevent this issue is to allow for proper ventilation to dry out damp areas.

Direct exposure to sunlight is fatal to mould because ultraviolet rays can its cellular structure. That’s why you can only find it in dark or dim places.

Unfortunately, indoor lighting does not have the safe effect because it does not release the same kind of photons to kill mould. Thus, it often shows up in those areas that aren’t exposed to sunlight such as attics, basements, or bathrooms.

Mould can’t survive in too hot or too cold conditions. Freezing might make mould spores dormant, while burning will damage its cellular structure.

Typically, it often thrives in the temperature range from 20 to 25 degrees, especially when the surrounding areas are dark and damp. That’s why a combination of optimal temperatures and humidity levels can encourage mould growth.

Some Common Sources Of Mould In Your House

In every area in your home, there are many possibilities for mould spores to grow. From a lack of ventilation to a plumbing issue would result in optimal conditions for it start thriving indoors. Here are some common spaces that often cause mould:

Some common causes of mould in the attic include major and minor roof leaks; missing or faulty insulation; snow and ice damming issues; condensation effect in cold seasons; furnaces and heaters in your attic; improperly exhausted kitchen, bathroom, or dryer vents.

Here are some common causes of mould in the basement: leaking plumbing pipes; faulty or clogged footer drains; flooding due to plumbing or nature; sump pump issues; ground waters or sloping grounds; accumulated dirt and dust, melting snow and rain from windows; cracks in foundation walls and foundation; sagged, clogged, or broken downspouts or gutters.

Mould can occur in your bathroom due to plumbing issues, water condensation on ceiling and walls, water evaporation, wet surfaces after taking a shower, failed caulking or grout between tiles, poor air circulation, broken bathtub or toilet seals, water puddles around sink and the floor, wet surfaces due to hot steam, and frequently running water.

In the kitchen, mould can be caused by water leaks from dishwasher and sink, water overflows and leaks, steam from the dishwasher, steam from cooking or boiling water, condensation on pipes, and running tap water or water spills.

Some common causes of mould in the exterior areas include nearly constant moisture presence; rainwater on wall surfaces; downspouts emptying near the walls; siding constructed from porous materials like stucco or wood; shrubs and vines growing along your home’s side; sagged, clogged, or broken downspouts or gutters; condensation and leaks from AC drain lines; incorrectly installed sprinklers system; water penetrating the foundation through the sloping ground. 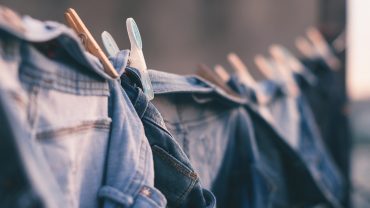