nocomments
Share Tweet Pin it
Home
Guides
Why Does My Washing Machine Smell Even After Cleaning It?

If your washing machine won’t stop smelling even after cleaning it, there is probably a build-up of mould, mildew and other gunk inside.

The appliance whose sole job is cleaning can get pretty dirty itself. Some of this dirt can result in unpleasant smells.

The odour will hit you when you open the door and sometimes, you may smell it on your clothes as well. Read on to learn more about why does my washing machine smell even after cleaning it.

Why Your Washing Machine Smells 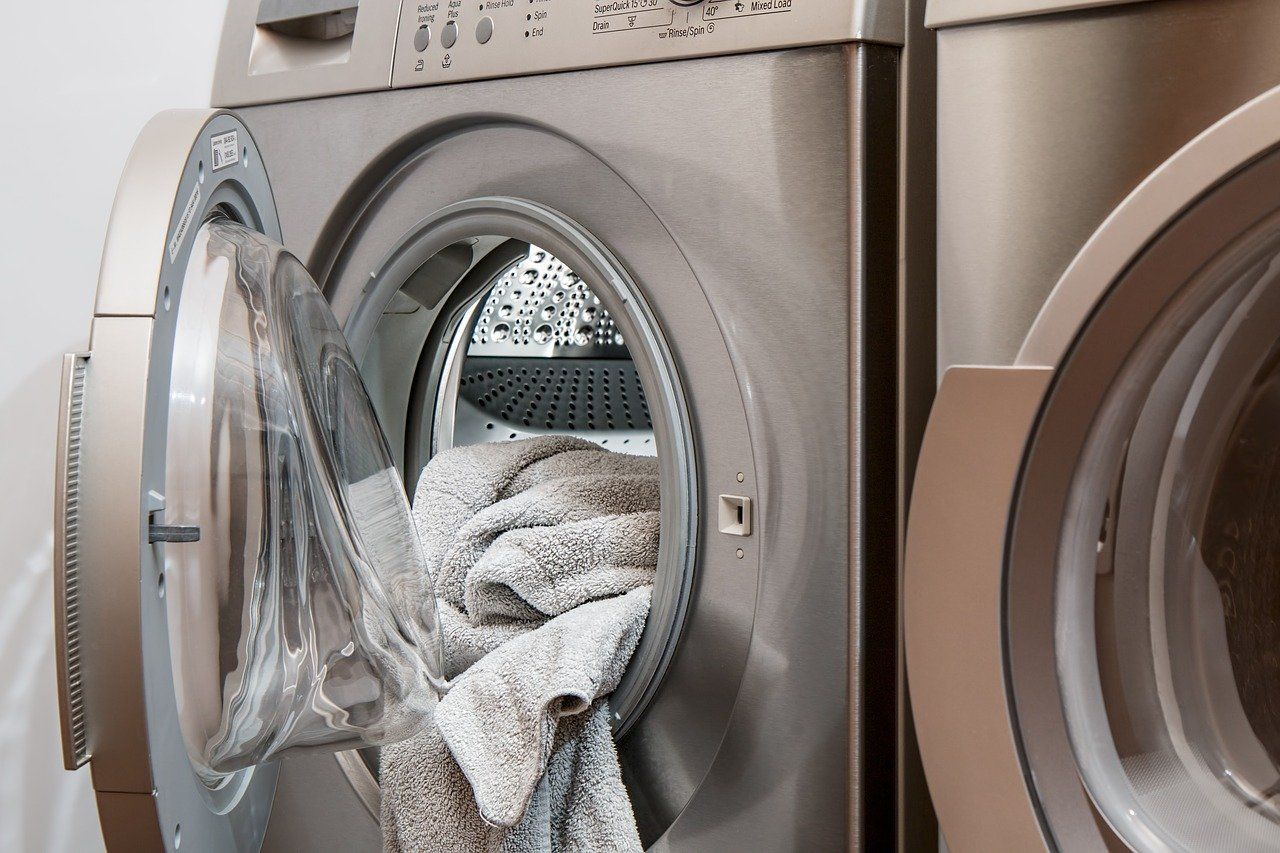 The most common cause of a smelly washing machine is a build-up of mould and mildew. The watery and high-humidity environment of the washing machine makes for a perfect place for these fungi to grow.

A sure sign your washing machine is infested with mould or mildew is a damp, musty smell, such as the one you get from old wet clothes.

Leaving your clothes in the washer for too long can worsen the mouldy smell.

Another likely reason for the stink coming from your washer is a build-up of bacteria. The dark and damp environment makes for a good breeding ground for odour-causing bacteria.

Limescale from minerals in water can also smell. Not the scale itself but rather bacteria living in the limescale. If you receive hard water in your home, that could be a major reason behind your smelly washer.

If your washing machine is emitting a sweaty, almost cheesy smell, the likely reason is a build-up of soap scum.

Soap scum forms when you use a lot of detergent to deal with hard water. The reaction between soap and the minerals in hard water causes a layer of smelly scum in your washing machine.

Good to know: Front-loader washing machines are more vulnerable to odours compared to top loaders. That’s because they use less water. If you use low quality detergents that don’t rinse away easily, detergent deposits and soap scum builds more quickly in your washer.

How Yo Deal With A Smelly Washing Machine 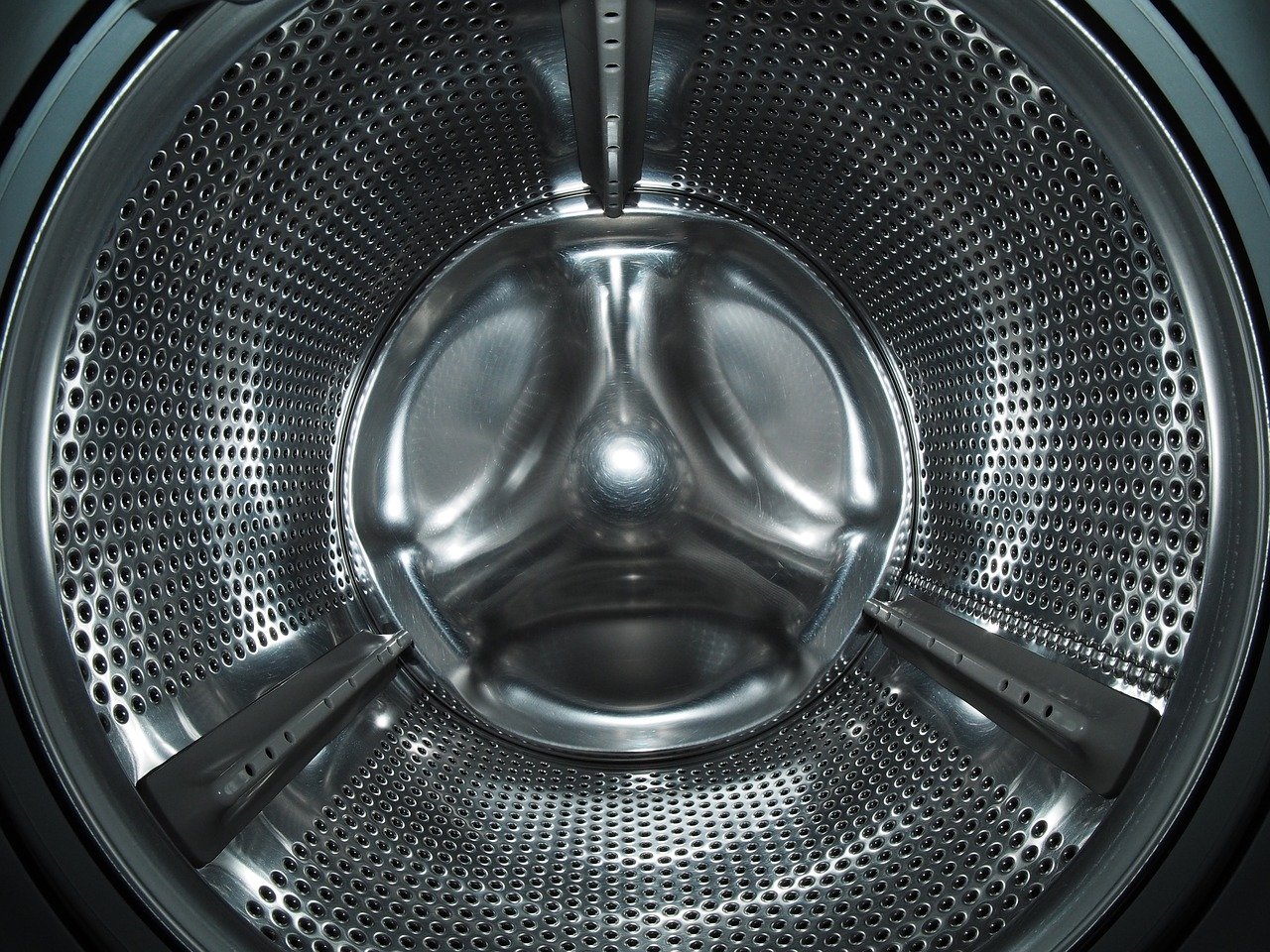 These cleaners come in sachets or bottles. They can be in liquid, powder or tablet form.

Most washing machine cleaners can also get rid of mould and mildew, which should help with the musty smell in the washing machine and on your clothes. They’ll also remove soap scum and detergent build-ups.

Some cleaners are descalers, meaning they are formulated specifically to target limescale. A descaler prevents scale build-up, which reduces smell and extends the life of your washer.

You should use a washing machine cleaner and descaler at the same time to get rid of limescale, bacteria, soap scum and any other gunk in your washer.

Washing machine cleaners are very easy to use. You add it to the detergent drawer or directly in the drum then run an empty cycle at 60C.

This allows the cleaner to reach all the hidden parts of the washer.

While washing machine cleaners are generally more effective, you can use baking soda to get rid of milder smells.

Mix ¼ cup of baking soda with ¼ cup water and add the mixture to your detergent drawer. Run an empty cycle at 60C to dissolve the limescale, remove soap scum and kill smell-causing bacteria.

This is another effective DIY method of cleaning your washing machine. The combination of lemon juice and vinegar creates an acid that readily dissolves calcium carbonate (limescale).

Mix a cup of lemon juice and a cup of vinegar and add it to the detergent drawer. Then run an empty cycle at 60C.

The mix of hot water and acid should get rid of most of the gunk and smells in the washing machine.

One reason front loaders smell more is that dirty water and detergent gets trapped in the rubber gasket. This causes bad odours as bacteria, mould and mildew find a new home.

Any of the three cleaning methods will work: a store-bought cleaner, baking soda or lemon juice & vinegar.

If you use baking soda or a washing machine cleaner, first dilute them in water then use a sponge or cloth to wipe down the gasket. Make sure you get rid of all trapped debris, water and deposits. 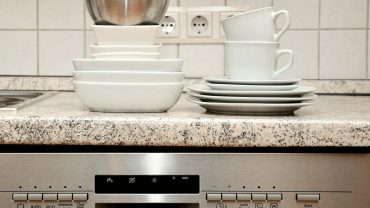